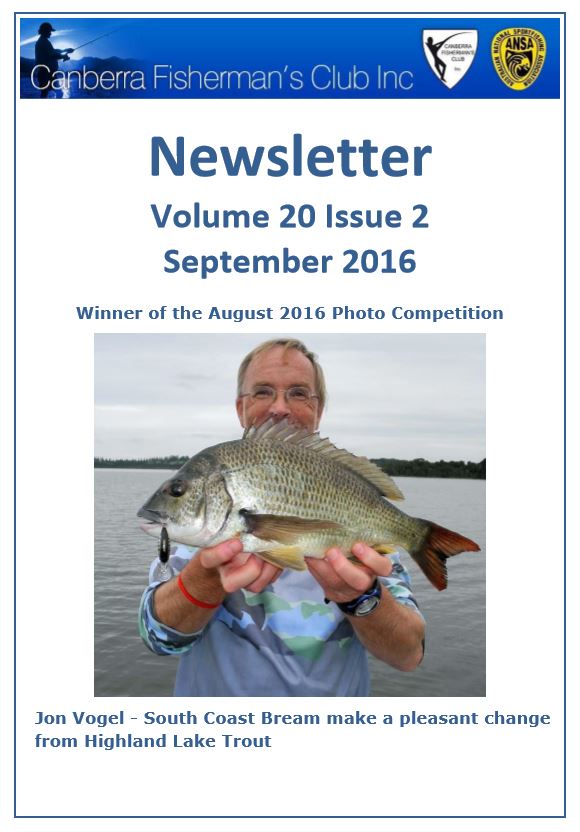 Firstly, congratulations to all award winners at the 2015-16 CFC Presentation Night – it was a great night and a great atmosphere. I'd particularly like to congratulate Macy Walton for doing so well – the future of the Club looks great when a junior does so well in the Club Championship!

Looking to the fishing scene, we had a great discussion on fishing tactics for Lake Jindabyne in our September meeting in the lead-up to the Kalkite outing. I enjoyed putting the tactics to the test and had a great time boating half a dozen nice Browns and a 53cm Atlantic Salmon. I think just about everyone at the outing caught fish, with a couple of masters-class Brown Trout weighed in. It was a great weekend – I’m already looking forward to returning next year.