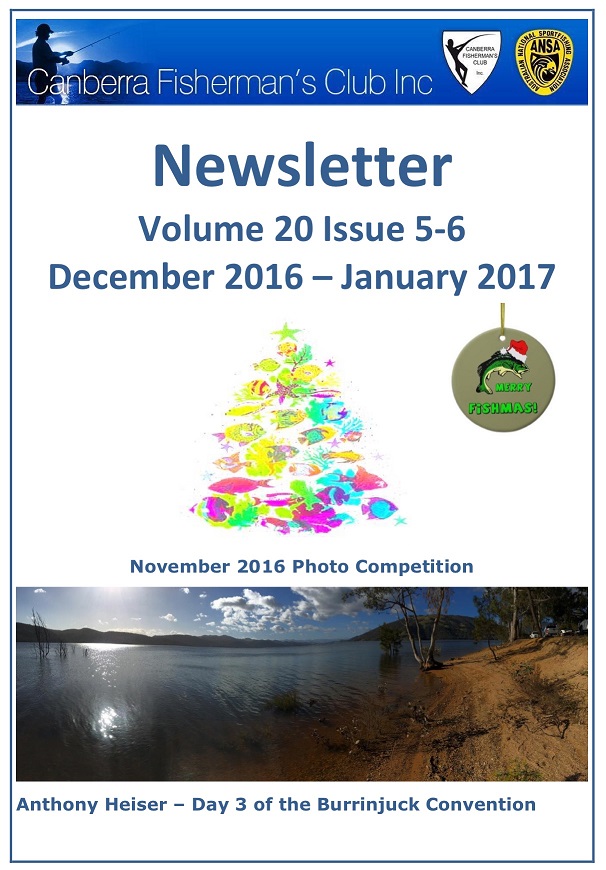 What a great weekend for the Club’s cod-opening outing to Burrinjuck Dam, particularly if you were fishing in Steve Bailey’s boat! By all accounts he had a blinder, leading the way for CFC in the annual ‘grudge match’ with the Morven-Culcairn Fishing Club - a great effort, thanks to all that attended and did their best.

The CFC Christmas party was held the following weekend at Black Mountain Peninsular. Once again, Santa travelled all the way from the North Pole in the back of a ute – this year without incident! There were nearly floods of tears when he drove past the barbeque area without stopping, but he soon returned to the joy of all our junior Club members!

Looking ahead, preparations for the March 2017 Carp-Out have been progressing well with the various permissions from ACT Government all granted and prizes for the Fish Stocking Raffle finalised. The order has been placed for this year's fingerlings, using the funds raised at the last year's Carp-Out. This year we're getting Murray Cod fingerlings for Lake Burley Griffin, which will be released over the next month or two. Fishing on the local lakes has a really bright future!