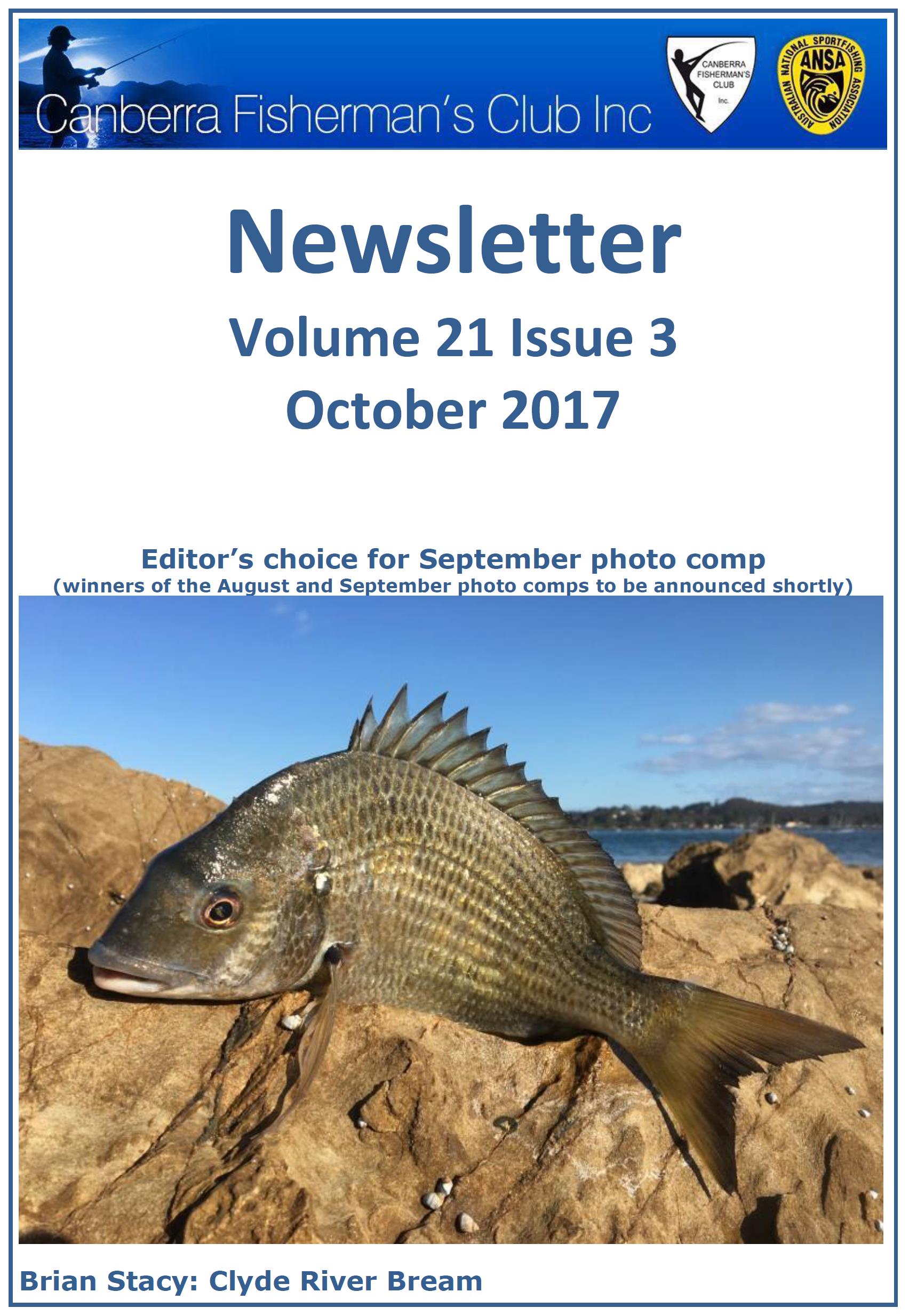 Welcome to the second newsletter of 2017-18. While I was away on holidays, I heard the Club had a fantastic outing at Kalkite, with the Malam family claiming some rather nice trout that weekend. I heard the Batemans Bay outing was a little windy but still an enjoyable weekend. After being away for a month, I'm now looking forward to our Burrinjuck Convention on 3-5 November 2017.

A big thank you to my committee who looked after the Club's affairs while I was away. Glen Malam chaired the September general meeting for me, Sarah Borman has been quietly getting things organised for the Burrinjuck Convention, Mick Jewry has been working very hard as sponsorship officer, Lindsay Steele chaired the September committee meeting, former committee member Chris Head assisted me with the Carp-Out grant application and assisted Lindsay with the website, and former committee member Greg Davis has updated the Club's pay pal account.